That's not bad is you consider that this blog is still in it's early footsteps with a topic that doesn't appeal to most people. Thank you guys!
I will try to keep on posting on a daily basis with a variety of subjects.

So what have I've been up to lately..

I am started to realise the importance the importance of making a route because I don't know how about you guys but my bicycle doesn't carry a GPS system :)
But hold on! we still have Google maps which is a gift from heaven in a situation like this. So that is what I've been doing yesterday.. finding the best and quickest way out of this hellhole by bike.
From Holland to Poland.. here it is: 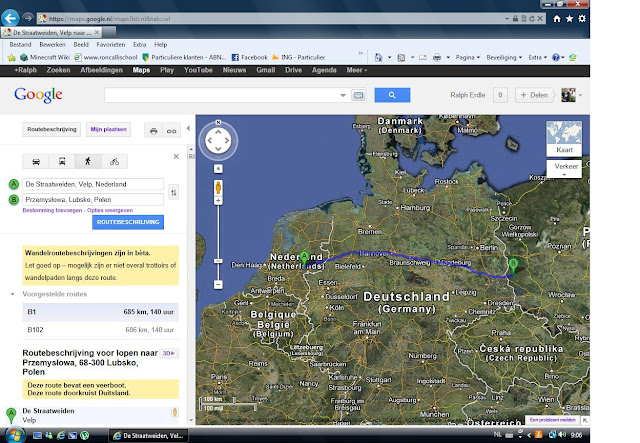 Now i'm not a computer expert but i'm sure there's a better way of posting just the map, couldn't figure that out so I went all "print screen" on this.
I have no freaking idea how long it will take me to get from point A to B, and I will often have to take breaks to eat, rest and to sleep of course. I am also in doubt about the amount of food I should take with me. I don't want to be in the centre of Germany biking on an empty stomach. Sure.. a lot of fishing, hunting and trapping equipment but without licenses those activities might get me in jail and I want to obey local laws as much as I can.
In Poland fishing without a license is also illegal but over there no one seems to care about that.

Well.. no idea realy except following the forest that, according to google maps go north untill you reach the Baltic sea. Once I've reached the coast I'll head east again, and finaly I have 2 options..

Head North towards Scandinavia.... In this area wild camping is always aloud and especialy Norway and Sweden are considered real bushcraft heavens.  A drawback however is that to get into Sweden and Norway is that I will have to travel far into the icy north in order to get into the warmer parth of southern sweden/norway as you can see on the picture below.

Second option: Head East into Russia.... Did you knew this?.. Russia has more forests than any other country on the planet. In total Russia's forests cover over one thousand million hectares, or 22% of the world's forest cover, an area larger than the continental USA. That is pretty impressive if I may say so myself so i'm lickely be taking this option. 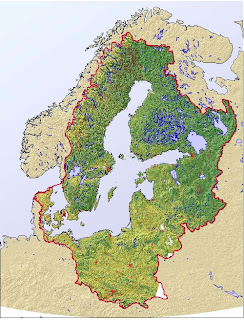 Well that's it for now.. not realy a Diary entry like usual but an important subject. I'm now off to further on constructing my backpack.