My sources of inspiration

Now you may think that what inspired me to do this was the movie "Into the Wild", it is nowadays the most famous account of a man who left society to live in the wilderness, but no.. The first time I watched that movie was after I made the decision to leave. It was a good movie but I would have handled things differently. Is was a good movie however to show how things should not be done. We probably all remember the scene where he spots a moose. He takes his rifle, aims, but then sees that the moose has a calf. So he dicides not to take the shot... I would have.. At that very moment he was a part of the wilderness, nature, and nature is harsh and to survive one must be harsh.

On the other hand he obviously had the same mindset I have now. Few people want to want to live in the wild and that's something he and i have (had) in common. And you have to respect the man for following his dreams. He died, but if that means he failed is all in the eye of the beholder.. At least he realy lived. 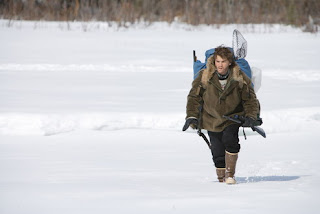 People who became more or less famous for being TV survival instructors were a big inspiration for me, especialy in the beginning when I was just learning about bushcraft and survival. I honestly believe that I have seen every single episode of Ray Mears Bushcraft, Dual Survival and Les Stroud's Survivorman...  These guys were my masters, they have tought me well (especialy the basics) about how to stay alive in different enviroments. But watching how a technique is done is only half of the learning proces.  Just watching Cody Lundin make a fire with a bowdrill does not mean I can do it too. 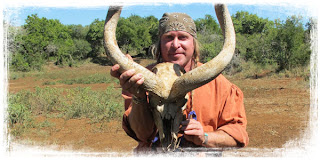 Another source of learning skills are sites like Youtube. It's littered with tutorials on how to survive in the wild and every now and then you will find truly inspiring people.  Recently I love to watch the videos of a man who calles himself "trapperjack" on youtube and he has become an inspiration and something tells me that he spends most of his days in the great outdoors.
Be sure to check him out: https://www.youtube.com/user/trapperjacksurvival
Posted by Unknown at 2:38 AM