Now for something totally different..

I have always been a gamer and in my life I have played some very neat games.. city building games, shooters, RPG's, simulators and much more.
Outdoor pc games or Outdoor sports games are less popular and many of them are crappy games but there are some which are pure fun. Here is a list of outdoor pc games I have played, it is not a "top 5" type of list. 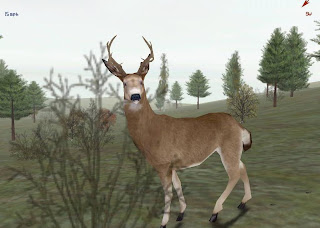 This is a game I used to play on and on for years.. The game is now 8 years old but when we are talking graphics, animal behaviour and experience it doesn't get much better then this. It is a very cool game and it's fun to play and in a way it feels more like a hunting simulator then a game. The scenery is beautiful and the multiplayer is also great. 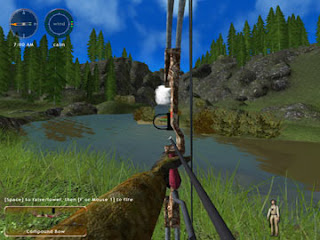 ﻿Another hunting game yet a whole different ballgame. If you want to "virtual" hunt other types of game then just deer then this is the game for you.. It has several different area's where you can hunt and each area has it's own wildlife. For example you can hunt bears in Alaska or lions in Africa. It also seems like HU2010 has a lot more different weapons to choose from then in Deer hunter 2005 and in many other ways it looks better. 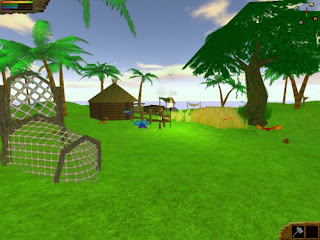 Finding good ﻿Outdoor pc games is hard since they're rare, but finding good outdoor pc games that are about Bushcraft and Survival is a unique event yet sometime ago I did found one.
It is called Stranded 2.. It is a bit like an adventure game with a minecraft look and feel to it.
You are stranded on an island and you basically just need to survive.. build shelters, build tools, hunt monkeys and gather materials.. It is a very cool game that everyone who is into this kinda stuff should try. 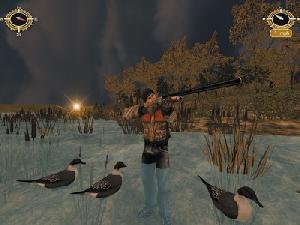 Now we know that there are some decent hunting games on the pc but they are all about big game hunting. After searching for a game about small game hunting I found this game called Bird Hunter 2003 which is worth mentioning. It is one of the few games where you can use a hunting dog.  There is no multiplayer in this game but you playing this in sp mode is fun enough. The game is kinda hard to find in stores and your best bet is finding it on ebay or something for very cheap. 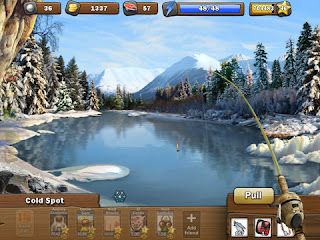 The only outdoor sport that I practice offline is fishing so I should mention a fishing pc game here.
However, This technically isn't a pc game. Go fishing is a Facebook social game and I strongly dislike Facebook games such as Farmville, Cityville and all that rubbish. The only games I ever played on Facebook are Zynga poker, Angry birds and Go Fishing.
Go Fishing is a fun game where you have to catch fish and sell them so you can buy upgrades. This really is a game and not much of a simulator like the hunting games I have mentioned.


A final note: I am pretty sure there are other great outdoor games but these are just some of the best that I have ever played. Some other games that should be great to play (according to others) are the Cabela's hunting series and the Fishing simulator series.