Dispites it's horrifying name the Buddy burner is a fun and simple project. Now I have made candles before, well from leftovers honestly but I never made them with cardboard. So I collected some leftover candles and some cardboard, melted the wax and I made 2 Buddy burners out of it.
Now why is having a Buddy burner useful?
﻿
Well this is one of those items that are only useful to outdoor enthousiasts, especialy those who often sleep in the great outdoors.. It can be used to light the tent but there's enough heat coming out of it to stay warm during winters and it can also be used as a stove (or inside a stove). What the cardboard is for? I have no friggin idea, but I guess it's supposed to make it burn longer. 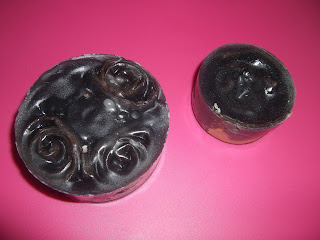 This is how my two burners turned out (lovely color, ahum.) I'll see how they do in a few months. Dispite the fact that making these things is stupidly simple I will be making a quick tutorial on how I made mine.

How i'm doing so far? Well I guess i'm ok. all I can do is focus on the trip, probably the last trip i'll ever make. But every now and then I do need to force myself to take a step back and relax a little so next week i'm hitting the cinema to see The Hobbit, have to see it because i'm a big Tolkien fan. And last night I watched "Alone in the wilderness", the story about Dick proenneke who lived in a log cabin in Alaska for over 30 years.. awesome story!

But I can't just relax until May because there's still so much I need to learn about living off the land such as foraging.. I realise very well that I do not know as much about wild edibles as I should. and I also still didn't manage to make a fire with the bowdrill.. that has top priority right now.

I also should mention that my computer is infected with some sort of virus and right now i'm on windows safe mode. So if you guys don't hear from me from a while it's because my computer had to be put to sleep. This is the first time in my life that a virus infected my computer and won the battle. Now let me find someone who has a windows cdrom and we're back in business.


Next up: testing the gear I will be wearing
Posted by Unknown at 9:55 AM